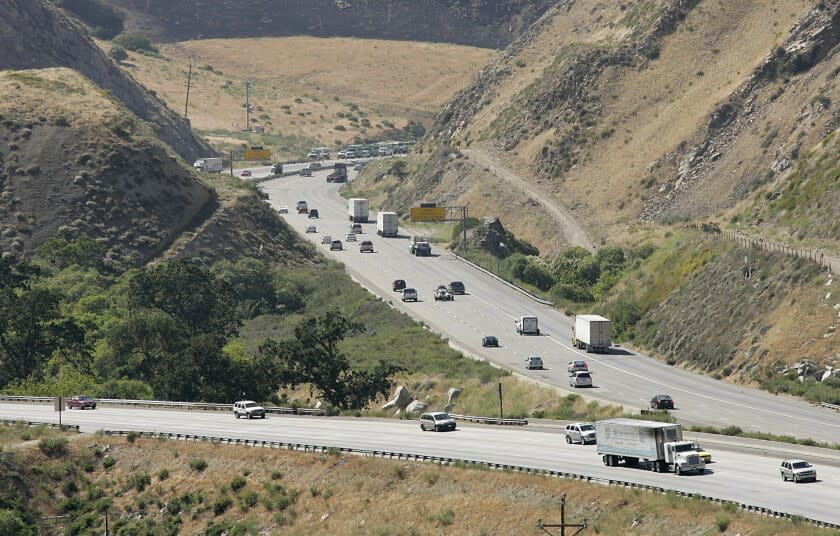 When experts recall the most notorious jewelry heist in modern history, they talk about the tunneling into Hatton Garden in London or the Antwerp, Belgium, break-in that took months of planning. Then there is the case of the heist earlier this month at the Flying J truck stop along Interstate 5 in the Grapevine. In the early hours of July 11, two armed guards left their Brink'sbig rig, giving a gang of thieves a 27-minute window to make the huge snatch, its total value still a mystery.

Estimates range from £10 million to £100 million. The team of burglars bypassed the truck's locking mechanism and used the storage containers to haul away precious gems, gold and other valuables from a Brink's tractor-trailer, say multiple law enforcement sources not authorized to discuss the crime. How much the thieves netted during the 2 a.m. snatch is hotly debated.

Brink's said it was less than £10 million based on the insurance. A federal law enforcement source and some associated with the International Gem and Jewelry Show world said the total appears to be closer to £100 million. "We are talking multi millions here.

It is a huge amount of money," said Los Angeles County Sheriff's Major Crimes Bureau Sgt. Michael Mileski, a veteran of investigating armored car and bank capers. Mileski said the £10 million is a base, and it is expected to escalate.

The question is how the thieves got into the truck and whether they knew in advance about the valuables inside. Given the less than half an hour window, he said, "we believe several thieves had to be involved." The crime didn't match the usual definition of a heist because it did not involve a robbery so much as stealth burglary.

The gang of thieves was able to quickly bypass the truck's trailer locking mechanism, enter its vast back and unload a series of storage containers filled with jewelry, diamonds other precious gems, and a plethora of Rolexes and other designer watches, Mileski said. The investigator said he wouldn't describe the locking mechanism but acknowledged it would not be exceedingly difficult to crack. Outward signs of the riches inside were not obvious.

But Mileski said the guards driving such trucks are openly carrying firearms and that could alert someone watching trucks. Arnold Duke, president of the International Gem and Jewelry Show whose exhibitors displayed the items in San Mateo and were moving them to Pasadena, said the truck contained many 70- to 100-pound plastic containers filled with jewelry, gems and watches. "We are looking at more than £100 million in documented losses," he said. "This was an absolutely huge crime.

One of the largest jewelry heists ever. We are talking gold, diamonds, rubies, emeralds and loads of luxury watches." "There were 15 exhibitors each with £5 [million] to £10 million in merchandise," he added. "These are small businesses with their entire wealth vested in that truck.

It has destroyed them financially and it affected their health in some cases." Duke said he was told the thieves did not manage to get all the valuables off the truck. Duke declined to discuss the security measures at the shows but said everyone entering is photographed.

Typically, merchandise is transported in a big rig with a bulletproof cab, equipped with satellite tracking and elaborate camera systems, armed guards, with the exact route kept a secret, he added. FBI agents and sheriff's major crimes investigators have scoured the Flying J truck stop off the 5 for clues. They have interviewed potential witnesses and reviewed security videos for images of the vital half-hour window where the security guards left the truck door unguarded.

"Obviously, we aren't about to say what we have at this stage," the sergeant said. Flying J's corporate parent has a web request page for its travel center's security videos to help law enforcement and others gain access. Cargo theft is a massive criminal enterprise across the L.A. region with some of the biggest ports in the nation.

Last year alone, CargoNet, a theft record firm, logged more than £57 million in cargo truck theft. California remains the top state for cargo snatches, with a 13% increase over 2020. More likely, however, is thieves surreptitiously tracked the truck from the gem show's last location in San Mateo.

Vendors crated their riches July 10 and put them on the truck destined for their next show at Pasadena Convention Center. FBI officials say obviously they are examining everyone who knew about the move. The Flying J Travel Center is open 24 hours a day on Frazier Mountain Park Road and includes a Dunkin' Donuts Express and a Wendy's with space for 47 trucks.

Truck-stop cargo thefts, according to insurance industry underwriters, are relatively common. But data on U.S. truck-stop cargo thefts between 2012 and 2018 showed only one theft in Lebec. Brinks declined to comment beyond a statement saying: "Last week, a loss incident involving a Brink's vehicle occurred near Los Angeles.

According to the information the customers provided to us before they shipped their items, the total value of the missing items is less than £10 million. We are working with law enforcement and we will fully reimburse our customers for the value of their assets that were stolen, in accordance with the terms of our contract." The Brink's global services website lists the trade show locations on a link to trade shows.

The show in San Mateo ran from July 8-10, with the Pasadena show scheduled for July 15-17.