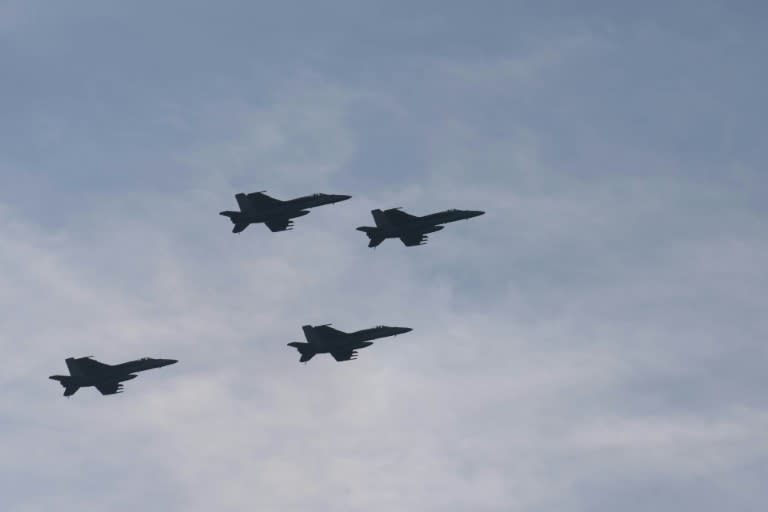 An eye-popping surge in new orders for US military aircraft in June drove a surprise increase in demand for big-ticket manufactured goods, according to government data released Wednesday. New orders for defense aircraft and parts surged 80.6 percent compared to May, pushing the total for all durable goods up 1.9 percent in the month to £272.6 billion, the Commerce Department reported. Economists were projecting a 0.5 percent drop in the key data point that feeds into quarterly economic growth calculations.

Orders have increased in eight of the past nine months, and even excluding the volatile transportation segment, new orders still gained 0.3 percent. The increase points to solid demand even as US inflation rages at a 40-year high, but economists warn uncertainty caused by the war in Ukraine may cool business investment plans, which could tamp down orders in coming months. The US Federal Reserve is on an aggressive campaign to raise interest rates and to cool the economy and douse inflation fires -- with another hike expected later Wednesday.

Even as borrowing costs rise, firms and households still have plenty of cash and pent up demand, in part due to supply snarls throughout the recovery from the pandemic downturn. Gregory Daco, chief economist at EY Parthenon, called it "very encouraging news from the business side," saying "orders were still growing strongly" for goods outside the defense aircraft sector. While civilian aircraft declined in the month, orders for vehicles and parts gained 1.5 percent.

Ian Shepherson of Pantheon Macroeconomics said he expects the volatile numbers to slow in coming months.

"The surge in the headline does not change the bigger picture of a slowdown in spending, but it has not reached recession-type proportions," he said in an analysis.